Don’t feed the trolls? The big news this week was regarding calls from activist Caroline Criado Perez and others to put Jane Austen on a £10 note. An honour that many agreed was deserved and appropriate. And rightfully, they have received much praise – but also a storm of the most vile and disgusting abuse, rape and death threats via Twitter.

Is it Twitter’s job to police the platform? Yes. Should the police get involved when threats are being made? Absolutely. But as @Euan argues, what about the rest of the Twitter population? “More of us should take the often tough decision to stand up and say something when we see others in our circles indulging in unacceptable behaviour.” In the spirit of the age-old mantra for community managers the world over @girllostincity thinks that we’re giving trolls too much attention and should stop feeding them. 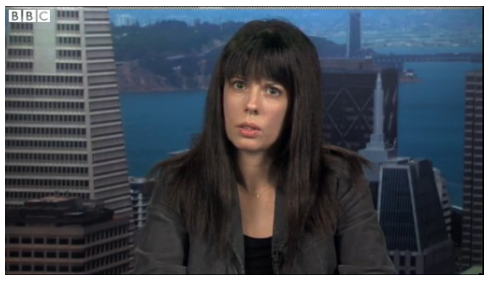 Twitter has been criticised for their slow reaction and for the awkward and desperately defensive appearance on Newsnight of their Head of Trust and Safety, @delbius. It didn’t help that she spoke almost exclusively in corporate bingo phrases, felt it was necessary to outline how long she had been at Twitter in response to the opening question, or that she went on to admit that the “dozens or so” people in her team are essentially playing catch to the “rocket-ship” that Twitter has become.

Critics are calling for many things, one of which is a way for users to report abuse. But is a ‘report this’ button really going to help? @sharonodea argues that it’s likely to create more problems than it solves, as the trolls might treat being reported and banned as a wind-up to be ignored – and confirmation that they are getting attention.

Twitter suggests you find the link to the form with which you can report abuse on Twitter on their website – a form that requires you to fill in 11 fields of data and that seems to be largely unknown outside of the US, at least going by the bitly stats on clickthroughs. Definitely needs some simplification here…

However, as @MartinBelam rightly puts it, this isn’t a technology problem – this is a misogyny problem: The abuse directed at woman is a representation of the level of abuse that women are expected to tolerate outside of Twitter as well. It is absolutely right that we should be standing up and saying that this is unacceptable; not just online, but in society in general. We’ll need to work both online and offline to win that battle.

Social media and business continuity: A serious heading for a serious topic – how does social media affect traditional business continuity and crisis communication plans? @stevef2412 notes that the time between an incident taking place and the first tweet about it is about 30 seconds. Depending on the nature of the incident, many more tweets are likely to follow. So what are the critical things an organisation has to get right almost immediately? Read the post to find out.

Hacking your own Twitter: Pretending your account’s been hacked in order to get people talking and increase your followers (what, you think rubbernecking only applies to crashes on the motorway? People love gawking at disasters no matter where they’re happening). Please people: focus on helping, informing and amusing your followers rather than coming up with daft ways of inflating your follower numbers.

Why PR is your best marketing weapon: Not one of the usual posts with top X ways to do Y better. Instead, a helpful and honest piece from @wadhwa about seven ways to get top PR. For those of you who want to TL;DR it – a quick summary below – the rest, I strongly recommend giving it a read.

All you ever wanted to know about SEO: A monster deck of 101 slides on the past two decades of search engines (remember Webcrawler?). What we learn is that people figure out how to game Google rankings, they score massive traffic for a short while before Google updates their algorithms and ranking methods and everybody starts looking at ways of gaming the new system. All resulting in where were are today with inbound marketing, where by publishing the right content in the right place at the right time, your message becomes relevant and helpful to your customers, not interruptive.

Google Glass is a journalists friend: In my continuing series of possible uses for Google Glass, I’d like to point you to Vice Magazine, which has published a piece about how Google’s wearable computer has helped one of their journalists report from areas of conflict around the world.

From streaming live video from Glass, accessing files on your home computer through the tiny screen placed in your field of vision while in the field, to tweeting live from rallies through a clever IFTTT recipe – it really is a fascinating look at what remote working could look like in the very near future.

Facebook content will escape the walled garden: Facebook announced this week that it is launching “embedded posts.” Does what it says on the tin: You’ll be able to take any public Facebook post and embed it in any other site that allows embed codes. It’s been rolled out to the Facebook pages of HuffPo, CNN and a handful of others – so keep an eye out for when it rolls out to more platforms and your privacy settings.

All in the same room, but not really: The living room is making a comeback, with more families watching TV at the same time – according to figures releases by Ofcom this week (I can’t embed the interview with a typical family, but it’s well worth a watch to see the difference between the generations).

91% of us watch their main TV screen once a week – up from 88% in 2002. Unsurprisingly though, while we might all be present in the same room, with the one big screen blaring out some vacuous reality show where the latest crop of annoying attention seekers vie for the judges’ affection, we’re not really paying attention to the telly. Instead, multi-tasking is up, with almost one in two of using smartphones or tablets while watching TV and one in four sharing what they’re watching through social media.

Die Hard. They don't make 'em like that no more #yippeekayay

Some really interesting stats about how the Great British public consumes the media, however, two stats really stuck with me. The first confirms that tablet devices really aren’t mobile devices (85% of tablet owners keep it at home), while the second just shows that anybody who thinks their website won’t need a touch-screen optimised device should think again (91% of parents said their children use a tablet).

Holiday season and social media: Heading out to some tropical island paradise? The Guardian looks at the pitfalls of annoying all your friends back home with smug photos of deserted beaches, pouty selfies and self-satisfied Hashtags along the lines of #lifeshardbutsomeonesgotodoit. Also, Please do us all a favour and don’t succumb to the ‘legsie’ – if you do, make them look as awesome as this one (HT @a_little_wine).

And finally: Going through a rebrand to appeal to younger, hipper audiences? Try the Hipster Logo approach