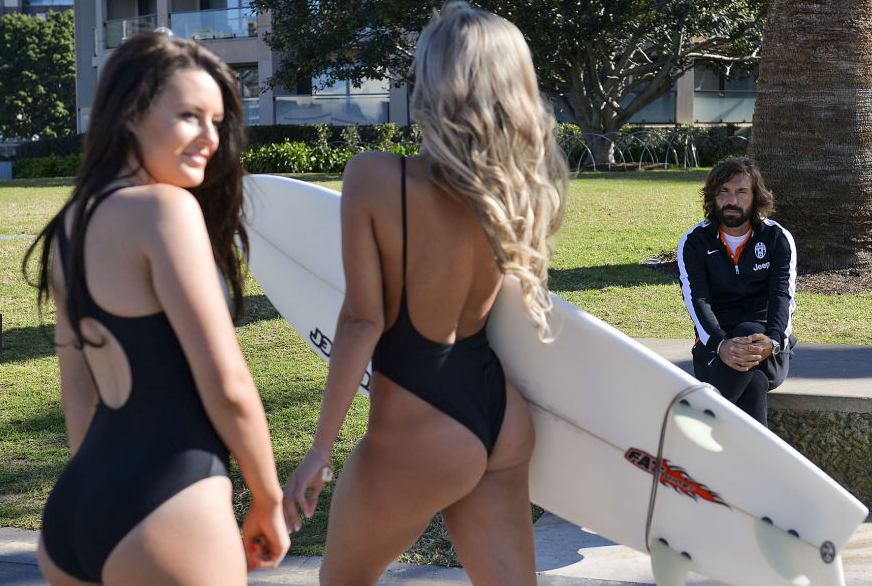 Andrea Pirlo was one of 11 Italians that broke my heart in 2006 when he beat Germany on his way to winning the World Cup. Gutwrenching. I boycotted pizza for half a year. But even I had to admit: Pirlo is one of the greatest midfielders of all time. Even now, in his later years, where he strolls across the park stroking his glorious beard, he still dictates the game, picks a pass and puts one of his lads through. Likely a Balotelli. Which makes it painful all over again.

Anyway. Besides being a gifted footballer, he’s just a very cool dude.

This is what he had to say about his prep for the World Cup final in 2006:

“I don’t give a toss about pressure. I spent afternoon sleeping and playing Playstation. Then I went out and won the World Cup.”

To celebrate his coolness, Juventus have launched a social media campaign challenging fans around the world to impress the grand master. To launch the campaign, Juve sat Pirlo down and paraded a number of acts in front of him. A knife juggler, an opera singer, even some scantily clad blonde Aussie surfer chicks inviting him for a surf. All these feats of skill and err… enticement… leave Pirlo unimpressed. Viewers are encourage to share how they would impress him via the obligatory social channels and the hashtag #Pirloisnotimpressed.

Don’t get me wrong. I enjoy the film. It’s funny, it’s random, it’s got Pirlo looking non-plussed, it’s been watched almost half a million times.

But a quick search of the hashtag on Twitter doesn’t show any entries of people sharing their attempts of impressing the grand footballing maestro. Not one.

There’s nothing on the Juve site to point you to responses to the campaign. 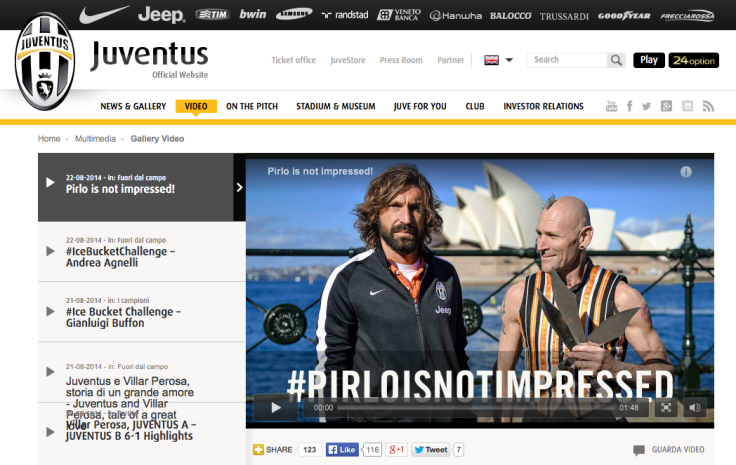 Does that still make it a successful campaign for Juve and Pirlo?

Or is the point that you can’t impress Pirlo so you shouldn’t even try?

Am I putting too much thought into this? Perhaps.

Compare this to the ubiquitous ALS Ice Bucket Challenge, this campaign lacks something that makes you want to take part. The fact that while you might think Pirlo is cool and a great footballer, doesn’t make up for what little impact he has on your life. With the Ice Bucket Challenge it’s your friends that dob you in. Publicly. Giving you no more than 24 hours to respond. Or else you look like a bit of twat who is afraid of getting a little bit wet and cold. OK very cold and wet, but still.

Put simply, Pirlo is not impressed. I don’t care. But nominate me for the Ice Bucket Challenge and I will take part, post proof and nominate more people to keep the ball rolling.

Bryan Cranston, Aaron Paul and Julia Louis-Dreyfus come together in this glorious online trailer for the Emmies.

An older TED talk by Simon Sinek about a powerful model for how leaders inspire action, based on what he calls the ‘golden circle’ and the question “Why?”. Or, put differently, people don’t buy what you do, they buy why you do it.